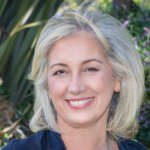 Manijeh is a poet and a Thought Leader. Looking for the truth and peace, Manijeh communed with nature since she was three years old and started writing poetry when she was thirteen. She learned meditation during practicing yoga since 1994 and came to Mindfulness in an undergrad class in 2004. Being overjoyed by finally finding a formal practice and teaching that she had all her life sought and intuitively applied, she delved deeply into the experiential Mindfulness practices and other Buddhist teachings that support Mindfulness.

Dr. Motaghy published the COMANDS: Seven Skills/Traits of Effective Leadership, a mindfulness-based leadership model to help leaders shape their skills in an organic way that is realistic, effective, and considerate of what their followers need and respond to.

Developed: The Mindful Employees (ME) Program, employee wellness and performance and engagement enhancement training for organizations……and designed numerous other curricula such as DOUBLE-AIM for adults with ADHD and other curricula for cancer patients and their families. She has trained and taught Mindfulness to hundreds of individuals, executives, and staff at corporations such as Health Net, and Motion Picture Fund & Television Hospital.

Dr. Motaghy is a Certified Mindfulness Facilitator by the UCLA Department of Psychiatry and Board of Behavioral Sciences and an Authorized MAPS Teacher by the UCLA Mindful Awareness Research Center.

Her corporate clients include Disney, Kaiser, Health Net, Motion Picture & Television Fund Hospital, Dignity Health Hospital, etc. She has provided mindfulness workshops, presentation and training for academic sectors such as the Chapman School of Law, LAUSD and private schools such as Campbell Hall, state-wide professional conferences such as Promising Practices at the California State University of Northridge and Girls Scouts of America, local mental health centers such as SFV Community Mental Health Center, and JAS for Social Workers, as well as other health-support organizations such as Leeza’s Place and The Laurel Foundation (AIDS support), Child Development Institute, Jennifer Diamond Cancer Foundation and WeSpark Cancer Support Center where she has conducted weekly sessions for the past 3 years. She has organized and lead over 45 day-long retreats including Work-Life Balance and continues to lead weekly Mindfulness study groups in Hollywood, Sherman Oaks, Studio City, Calabasas and, West Hills. Manijeh is committed to her own personal daily practice and development of Mindfulness.

RELATED TRAINING & EXPERIENCE: Dr. Motaghy continues to study and practice Mindfulness and other Buddhist teachings with teachers at the Abhayagiri Monastery as well as other secular groups. As a dedicated practitioner and teacher, she infuses mindfulness in all her training, consulting, and speaking engagements to optimize success and well-being for all involved.

Training Received and in Progress:

Every year until the present moment she has attended 10-day silent retreats, stayed at various monasteries around the world, ie. Thailand, Japan, New Zealand.

2014 Studied for a year with Trudy Goodman, the Guiding Teacher at InsightLA, DPG

2013 7 Day Dharma and meditation at the Abhayagiri

Training Provided as A Mindfulness Teacher: 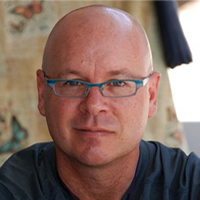 Daniel is a co-founder and a teacher at Mindful Valley, a nonprofit mindfulness training organization. He currently works with UCLA’s Mindful Awareness Research Center and is the Buddhist Chaplain at USC. He is affiliated with Abhayagiri Monastery under the guidance of Luang Por Passano.
Daniel was an active member of InsightLA, where he helped build the organization by teaching and serving on its Executive Council. He has trained and taught mindfulness to children with Susan Kaiser Greenland. He has formally practiced Theravada and Zen meditation since 1986. 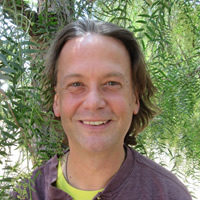 Joel McNenny is a mental health therapist specializing in mindfulness-based therapy and a school counselor who began a K-4 mindfulness program. He holds two Masters degrees (Kent State; Malone University) one in teaching and one in counseling.

Using a variety of methods and visual aids, he illustrates the techniques of mindfulness and its psychological and physical benefits. A devoted practitioner of mindfulness, Mr. McNenny seeks to teach the practice to help create a more compassionate and aware society.

Rick is a Trained Mindfulness Facilitator through UCLA’s Mindful Awareness Research Center at the Semel Institute for Neuroscience and Human Behavior at UCLA. He is also certified to teach youth via MindfulSchools.org curriculum. Rick is an Affiliate MAPS I teacher for UCLA MARC and is a member of the International Mindfulness Teacher Association.
He started Mindfulness Meditation practice in 2006 to reduce stress and improve his health. Rick quickly discovered positive changes from his practice and wanted to share it with others. He has shared Mindfulness with adults and high school students and has a long history of giving back to others, including being a fundraiser and volunteer high school and elementary school teacher for two charitable organizations. Forever a student of life, Rick has 2 Bachelor degrees; one in Economics and the other in Political Science. He is also the proud father of 3 children.

I first began sitting in 2006/2007 using a book and CD. In 2007, started sitting with Insight LA in Chatsworth, California with Daniel Davis. Took MBSR with Trudy Goodman and Christiana Wolf in fall 2008. Have taken a total of approximately 13 Mindfulness classes including three classes that were one year or longer in the length. Completed 2-year Mindfulness class Called Dharma Wisdom in December 2015 . I completed a 6 week Mindful Self Compassion class in July 2016. I also completed a 6 week class called Mindful Educators Essentials (mindfulschools.org) in August 2016. I am presently enrolled in a MAPS 111 class at the Marc @ UCLA that deals with Relational Mindfulness. In 2017 I took and completed 7 MAPS Classes while completing my TMF program.

Initiated and led two sitting groups. I am trying to start a third. In 2011, started a peer study/sitting group that continued after the class called Deepening Joy under the guidance of Christiana Wolf, the instructor. After threading the bureaucracy of my employer I initiated another sitting group. It started in November 2011 during lunch hour at State Farm with Christiana Wolf as advisor. It continued until my retirement in June 2012. I am attempting to initiate a third sitting group. This latest attempt will allow class members to continue their practice of MSC following their attendance in a Mindful Self Compassion class we attended this summer.

Late 2006/early 2007 I read then book “Full Catastrophe Living” and started Insight       Meditation by listening to CD’s from the book. In late 2007 started attending 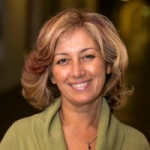 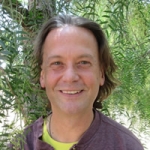 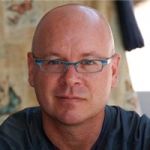 Learning about the obstacles to being happy and being able to identify them when I am experiencing them has helped me feel more calm and peaceful.  As a result, I am able to be present in the here and now rather than get carried away in the story or obstacle.

Somehow through the teachings and reinforcing the wisdom given in class I have been able to let go of the idea that I must suffer. I can see my reality in the moment and the ability to choose to not suffer which sometimes comes as a result of not wanting to see my reality and in my suffering my imaginings of the negative grow.

"Mindfulness has brought me a new level of calm!! Accepting what is. Bringing love and kindness to myself has given me a new found freedom." Randy S.

I have gathered profound insights and practical techniques to bring more awareness to my life, thank you Manijeh.

My practice in Mindfulness at Perfectly Here has allowed me to develop a kinder and compassionate relation to myself and others, and has increased my ability to bring attention to my daily internal and external experiences. I feel less anxious and more gratitude and joy, as I am more able to see reality clearly and all the goodness that it offers.

"The contemporary mindfulness movement is a gift to the world. I found the ethos, design and conduct of the mindfulness program at Perfectly Here so very helpful. Dr. Motaghy is a skilled and experienced practitioner and effective teacher. Through the classes my own practice was refreshed and expanded. Lovely!" David Kitch

Can Not Imagine Going Back!

"Manijeh, I want to say thank you for all the information and teachings that you have imparted to me.  I am filled with an overwhelming abundance of gratitude for what you have taught me and for this practice.  I can not imagine going back to the way I was living my life. The only option is this gradual path forward towards peace, joy, and contentment. Thank you for that."  All my love, Chris

Professionalism and Kindness I have always been struck by how Manijeh’s discipline, professionalism, and work ethic co-exist so seamlessly with sensitivity, calmness, joy, dedication, and above all, kindness. ∼ Peggy Palmer ∼

With Manijeh’s Guidance: “I have become a far more effective leader and manager, as well as immeasurably better human being!”

Over the past few years, I have taken over eight classes with Manijeh, and in doing so; I have become a far more effective leader and manager, as well as immeasurably better human being. Manijeh’s practice bridges Mindfulness and professional coaching, and that combination of both the passion and the prose helped give me extraordinarily valuable insight and perspective in both my personal and professional life. Manijeh has a unique, magical, remarkable way about her. She cares very deeply and imparts knowledge and discipline with a gentle yet firm touch that’s both very enlightening and yet so practical. Manijeh skilfully inspires her students to challenge themselves and think deeper, and live presently and mindfully.
Meryl Lander, Vice President Corporate Infrastructure, DataDirect Networks, Inc.

Alyssa Linkletter
Holistic certified professional coach and master's student of MFT, with a focus on positive psychology and mindfulness.

It’s great to learn mindfulness from a teacher, Manijeh Motaghy, who lives and breathes it herself!

By working with Dr. Manijeh Motaghy, I have learned how to relate with myself, my inner life, others, and the world in a much more embodied, enriching, and joyful way. I have gained a greater understanding and deepened experiences through Manijeh's guided meditations, the relational environment she creates, elegant explanations of concepts, and disseminating powerful tools, practices, and resources. She teases out the most fundamental knowledge and wisdom so that it is tailored to the specific class she is teaching - to the effect of being highly resonant and impactful. It's great to learn mindfulness from a teacher who lives and breathes it herself! Manijeh embodies the qualities that arise from the practices she teaches - authenticity, openness, compassion, attunement, and integrity towards each student, the process, and the content within the curriculum. I strongly recommend learning and practicing alongside Manijeh at Perfectly Here to deepen understanding, acceptance, and applied knowledge, which is truly helpful in all life areas!