Teachings: One Arrow is Enough

Teachings: One Arrow is Enough


One Arrow is Enough

What is physical pain to you? Is it uncomfortable? Is it annoying when it persists? Is it unbearable at times? Perhaps all of the above. Working with my students on Mindfulness practices we often talk about getting to know all of your pains including physical, emotional, financial, with relationships, etc. Often due to our mental resistance it makes it hard to see where the actual pain is. For example, one student talked about experiencing vertigo for weeks and weeks. She described her week as “lousy” when I asked the class, “How did your week go?” “Lousy,” one word. When I inquired why? She explained that she’s been having this vertigo for so long now, that it does not want to go away, that she has tried so many things and was tired of it already. That it made her life very difficult. Understandably so. I asked, where is the pain? She pointed to her ears and head and said, “It’s everywhere.” “It’s everywhere?” I asked. You just pointed to your head but said, “It’s everywhere!” Which is it? Everywhere, or in your head? She, paused a bit and said, “Well, Of course, it’s in my head, but I just don’t like it. It is making me miserable.”

I continued asking, so what else is there? Any emotional pains with it? “Yes,” she replied and continued explaining how annoyed she was and how impatient she feels about it. “OK, then, there also is emotional pain,” I replied. What else? “I guess also negative thoughts of judgment and always complaining about it in my head or to others.” “OK, then there also is mental resistance that goes with this. Trying to push it away, not allow it to be here, thinking if I hate it, resist it hopefully it would disappear.” She was adding to the amount of difficulty the vertigo had. She started to see the big picture, we are shooting ourselves with arrows that our causing our own suffering. In her case, second and third arrows became vaguely obvious.

The vertigo on its own is the first arrow she’s been shot with, which is not of her own doing. Then by feeling annoyed and impatient she shoots her own self with a second arrow. Continuing to complain, resist and being in conflict with it causes extra tension, there goes the third arrow she shoots herself with. Now, this is not to imply that we have to just hands down accept what comes at us and be passive in our lives. She actually described that she has been doing everything she could possibly think of, going to doctors, acupuncture, herbal medicine, you name it she tried and it just would not go away. We then discussed how she possibly could be prolonging or intensifying this discomfort by being so focused on it. That the wanting to get rid of it she was actually attached to it. Whatever we hang on to cannot pass.

With Manijeh's Guidance: "I have become a far more effective leader and manager, as well as immeasurably better human being!" 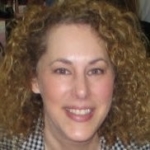 Over the past few years, I have taken over eight classes with Manijeh, and in doing so; I have become a far more effective leader and manager, as well as immeasurably better human being. Manijeh’s practice bridges Mindfulness and professional coaching, and that combination of both the passion and the prose helped give me extraordinarily valuable insight and perspective in both my personal and professional life. Manijeh has a unique, magical, remarkable way about her. She cares very deeply and imparts knowledge and discipline with a gentle yet firm touch that’s both very enlightening and yet so practical. Manijeh skilfully inspires her students to challenge themselves and think deeper, and live presently and mindfully.
Meryl Lander, Vice President Corporate Infrastructure, DataDirect Networks, Inc

Can Not Imagine Going Back!

"Manijeh, I want to say thank you for all the information and teachings that you have imparted to me.  I am filled with an overwhelming abundance of gratitude for what you have taught me and for this practice.  I can not imagine going back to the way I was living my life. The only option is this gradual path forward towards peace, joy, and contentment. Thank you for that."  All my love, Chris

My practice in Mindfulness at Perfectly Here has allowed me to develop a kinder and compassionate relation to myself and others, and has increased my ability to bring attention to my daily internal and external experiences. I feel less anxious and more gratitude and joy, as I am more able to see reality clearly and all the goodness that it offers.